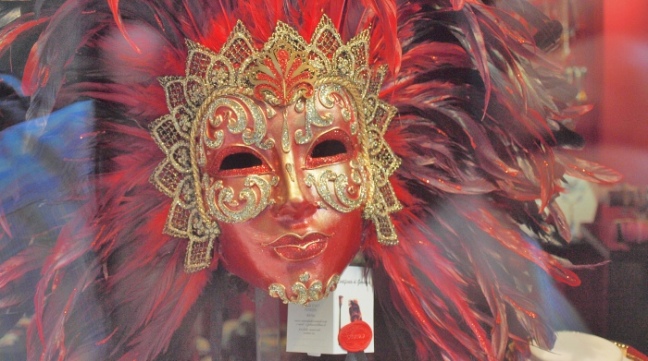 As is often pointed out…, the link between facts and values is much tighter in conservation biology than in other sciences. The extinction of a species, for instance, is rarely considered a simple fact. It is a biological phenomenon but it is also, above all, an evil that conservationists try to avoid.

The truth in this quote has become the bane of our professional existence in recent times.

Facts, or in Alloporus environmental jargon ‘evidence’, are objective. If they are any good they are immutable and confer knowledge that we use to gain understanding of a situation.

Values, by contrast, are slippery customers. They morph at a whim and masquerade in any number of masks as they waltz around their Venetian ballroom. Half the time their owners don’t even know they exist until they feel a nasty pain in their gut.

Our most recent work has forced Alloporus onto this dance floor as a kind of honest broker, believing that our objectivity unmasks us and gives us the moral high ground.

Not so, and for one simple reason.

Their roots are in human emotions and they gain their energy from this boundless source that requires no justification beyond a simple belief. If you value the koala there is no need to justify why you do, no reason to provide a logical argument as to why a cuddly looking marsupial, that is usually grumpy and hates being cuddled, deserves your passion any more than a frilled lizard or a bull ant. Instead, you can rail at any action that may or may not impinge on the koala’s cuddliness.

Should three Eucalyptus microcorys trees be cut down this is a heinous act against the koala even if there are no known specimens within 50km of these preferred food tree species. The fact that this action is not material to the koala (species or individual) or the E. microcorys (except the individuals that were felled) is irrelevant.

The link between facts and values is so tight that the former is easily swamped and readily ignored. Use of the term ‘evil’ by Maris & Béchet in the text of a scientific journal is telling and was not an accident of the spell checker.

If this power imbalance wasn’t enough there is another problem. If ten people are selected at random from any modern population of human beings, the likelihood is that five of them could not articulate their values in respect of the koala. The other five would each have different values held with varying degrees of conviction. There will be one cuddle happy individual who wants to go feed them, one ‘where’s me rifle’ dude in a camouflage jacket, one able to discuss the relative merits of multiple use land management, and two ‘well maybe, but really I’m not sure’ fence sitters.

Remove the random selection process and you can find pockets of people gathered together under these different value sets. Some of these are organised enough to lobby or disrupt in the name of their value.

The extinction of a species is not evil, it is a law of nature.

There were five mass extinction events recorded in the fossil record that happened before Adam and Eve invented the term. The actions of Eve’s progeny have started the sixth mass extinction certainly but only values call this evil. The planet couldn’t care less. Gaia will sigh, take a breath and, when we are gone, rebuild the diversity all over again… and again until the sun explodes.

More pragmatically in the present, there are 7.5 billion people to value. And when it comes down to it we value ourselves most. So the real reason that in conservation biology facts and values are so close and in an uneven power struggle, is our conscience.

Unfortunately for most human beings, we actually have one.