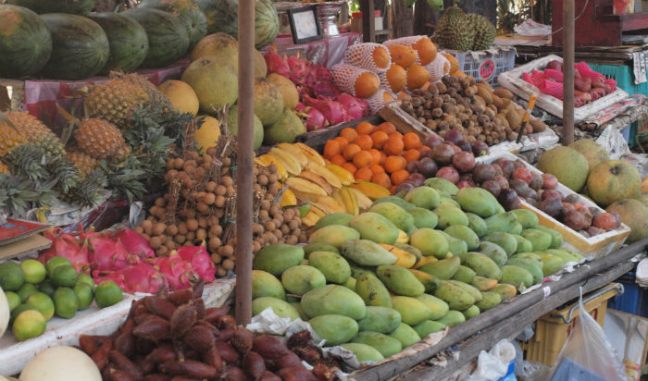 According to the National Farmers’ Federation, the agricultural sector at farm-gate makes a $58.5 billion annual contribution to Australia’s economy.

So what you might ask. This is surely a minuscule percentage, not even material, a footnote perhaps and probably not even a rounding error given the rubberiness of such metrics. The activities that generate the other 97.6% must be much more important to the national accounts.

Fair enough. If most of the money and jobs come from other sectors there is no reason beyond there being food on the table for you or me or the elected muppets to pay much economic notice of farming, except for those in rural electorates.

In order to get any real attention, the amount would need to be material, let’s say at least 5% of GDP.

What would it take to increase the proportion to 4.8%?

If prices remain static landholders would need to increase production dramatically to generate the additional income. This is challenging given that productivity growth for most soft commodities is struggling to make 1% per annum over the past decade or so thanks to a combination of reliance on dryland cereals and pasture-based livestock production systems, low inputs and low production control. Australia’s erratic climate and low fertility soils are a constant challenge, as is the distance to markets, high exchange rates, scarce capital investment, and high debt.

The chance of doubling production has to be a long shot.

The majority of the 150,000 farm businesses in Australia are small, family-owned businesses, with 96% having a turnover of $2m or less. [link]. They have little purchasing power and are at the mercy of a heavy duopoly in the food retail sector. Not much chance of negotiating higher prices and should landholders hold out for more, retailers simply switch to international markets.

The assumption that the market could engineer higher gate prices as demand and supply shift due to a growing and increasingly affluent population is naive. Producers are in a weak position at the start of a long supply chain even though they supply the raw product and the deals they have to cut would make your hair curl.

Any gate price rise would ultimately be passed on to consumers who are extremely unlikely to front and cop a doubling in fresh food prices.

There is a long-held but infrequent economic notion that financial success in production systems is about optimal efficiency, not maximum yield. The measure of efficiency is the amount left in the bank account and not the amount that passes through it.

This happens because there are diminishing returns as yield increases due to the cost of squeezing the last few kilograms per hectare out of the system. In other words, there is an optimum yield for maximum efficiency and maximum profit that might be rather less than the maximum yield desired by those supplying the financial and operational inputs. The banker wants to lend more and the fertilizer company wants to sell more fertiliser. Their KPIs push yield, not efficiency.

The advantage of an efficiency focus is that it means paying attention to both yield and cost of production giving the producer multiple options.

The bonus is that efficient farms are more likely to persist.

Survey designs for environmental monitoring systems including for biodiversity assessment.